When we were asked if we would like to review the Ready 2 Robot range of collectable toys I knew I had to say yes, as JR has been saving his pocket money to get a second one after already saving enough for one previously. Much to JR’s delight we were sent a Ready 2 Robot blind box and also a Ready 2 Robot Battle Pack.

The blind box includes a robot, weapons and a pilot in slime all in individual packets which adds to the fun and mystery. 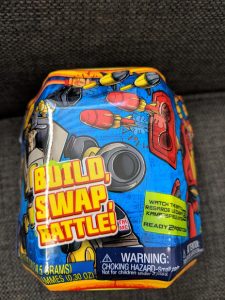 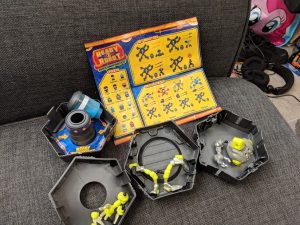 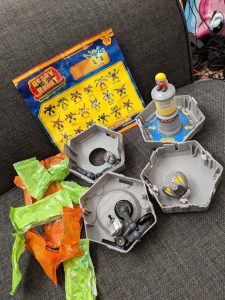 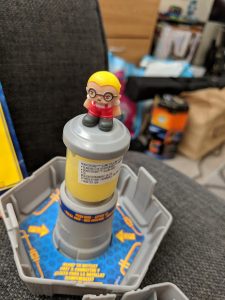 Once you have found all your parts you can then build your robot. Here is where the fun really begins because the more robots you have the more possibilities you have as each piece is interchangeable between the robots.

The blind box contains one robot and the Battle pack contains 1 mystery robot and 1 that you can see, and is a battle of good vs evil.

The Ready 2 Robot toys have been a big hit in our house and all 3 kids have used their pocket money to buy more. These toys will make great stocking fillers this Christmas.