This autumn in time for Christmas Bladez Toyz are launching a product that will revolutionise drones and flying toys and fill a large gap in the market. Traditionally drones and flying toys are marketed at an age range of over 14 years, however, the Hot Wheels R/C Bladez Drone Racerz is a natural progression for Hot Wheels fans, aimed at those 8 years and above, children can now fly a quadcopter, and then connect it to a racing chassis to drive, drift and race. Drone Racerz are also compatible with the Hot Wheels race track, which offers a new level of racing excitement. The introductory drone and vehicle set offers 3 in 1 vehicle play, with everything a Hot Wheels fan needs to fly, connect and drive. It comes with two ramps, a racing gate, and a mobile phone holder so children can set up stunts and record them on their phones to share with friends or ask their parents to share them with Hot Wheels on social media. However, the track is not included, so you need to use your own track to do track based stunts although it works fine without it. 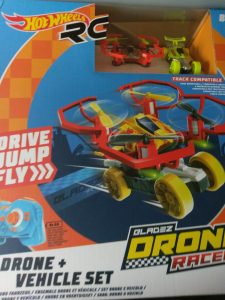 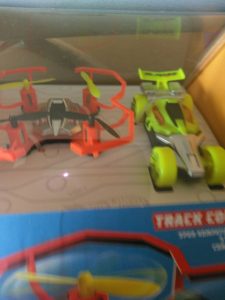 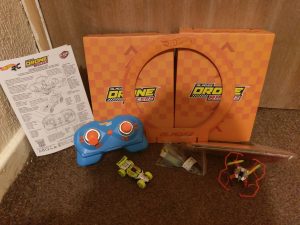 More Drone Racerz products including a larger super-fast Stingray drone and accessory sets to appeal to the collectables market are in development for 2018 and are set to be unveiled at London Toy Fair in January. 2018 is also the 50th anniversary of Hot Wheels and they are planning a full year of racing fun and challenges.

JR has absolutely loved testing out the Drone Racerz, it has taken him a while to get used to the handling of the quadrocopter and car but he does struggle with his coordination and he isn’t as dextrous as most children his age. He loves both hot wheels toys and flying toys so this was never going to be a product that failed to please him. The controller is a good size for smaller growing hands and isn’t as fiddly as some can be. The car and quadrocopter are really well made and child-friendly although JR did need me to connect the quadrocopter to the car as it was a bit tricky. 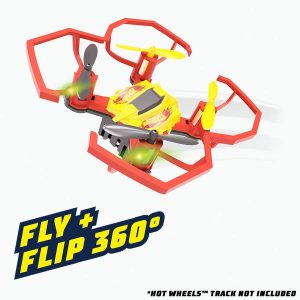 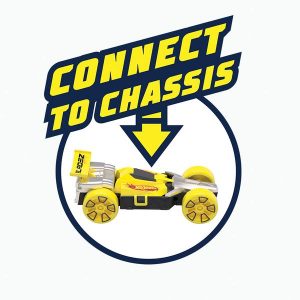 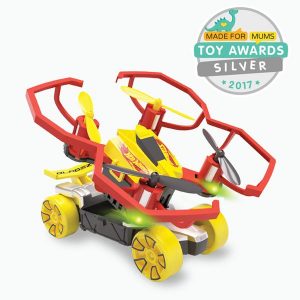 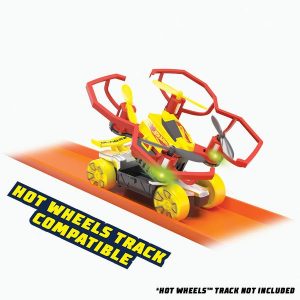 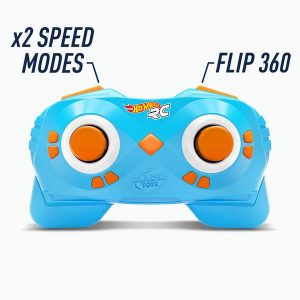 The only downsides to the Bladez Drone Racerz is the fact that it takes 60 minutes to charge and with that you only get 5 minutes of standard flying play, less if you do tricks like the 360º flip, and around 4 minutes of drive time, this caused a lot of arguments as it meant that it wasn’t really an activity his siblings could join in with him and what 6 year old really wants to wait an hour after their brother has finished playing before they can have a try. And also the fact that the set comes with spare blades there are no instructions as to how to install them.

At an RRP of £34.99 this is a really nice set which any hot wheels fan would love to find under the tree this Christmas, and is available from Argos, Toys ‘R’Us, Tesco, Amazon and many more retailers.

Thank you Bladez Toyz for providing us with the Drone Vehicle set free of charge for this review.